The Value of a Secret 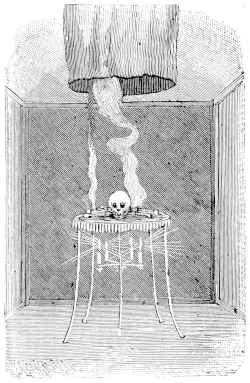 Rosette Diceless has a concept called "Secrets", which are questions that everyone in the game knows exist, but only one other character knows the answer to. There are mechanical advantages to revealing these Secrets at opportune times, but it also serves as a way for players to form bonds between each other.

Some examples of Secrets are:

With one other character in the know and the fact that revealing these has a dramatic advantage in a Conflict, you can see roleplaying opportunities begin to open up. Secrets cost no XP to acquire, are advantageous to leverage, and fun to roleplay. We've found, however, that some players struggle to work them into play or find places to reveal them.

If you want to play a character plagued by their Secrets, consider this new Negative Personality Trait:

Each of your Secrets counts as an Edge for characters attacking you.

It's tempting—especially early in a campaign—to make a character's mission or motivation a Secret. For example: "What is my real reason for being on the space station? I'm a spy for my government that wants to make sure the space station stays neutral in galactic politics." That's interesting and sounds like fun. The answer can inform a lot about your character and its place in the world.

But when players are deeply-invested in Secrets staying completely hidden or want to save it for a specific dramatic or intense plot, they won't reveal any of it through any roleplay. Secrets are interesting in how they shape your character's behavior. If no one ever sees you gathering just a little bit of extra data from a computer system, you don't have an unusual number of contacts for getting information or getting out of tricky situation, or you never seem stressed about meeting some private objective…

Then your Secret about being a spy isn't in play.

Secrets should produce some tension, and producing that tension is the player's responsibility, regardless of who the Narrator is. Let your character's Secrets drive some of the decisions they make. Make it clear your character is at least a bit conflicted.

In fact, there's a mechanical benefit to doing so: once per session, if your Secret is relevant to a Challenge, you can remind the other players of the question to boost that Challenge.

A Time to Disclose

There's not fixed timeline to reveal a Secret. It can happen a handful of sessions into establishing a Secret, or a year later.

As you develop your character through play and devise more history for yourself, you will hopefully find yourself adding more Secrets, large and small.

With more Secrets, you may find the shape of a character arc forming. A large Secret like, "What happens to my species when they turn 20 years old?" can be prefaced with multiple, smaller Secrets:

If your character is, say, 18 years old once you begin establishing these Secrets, you've set up nice on-going contributions to worldbuilding, added flavor and drama to the communal story your group is building, and have a direction in which your character must change and grow. You've introduced a tension in your character that will tug on them in the stories being played.

Revealing a Secret is a big deal: in addition to the roleplaying drama, it grants an automatic success on an Attack with an unblockable Edge. It makes sense, then, to reveal them creatively during a Conflict. But how do you set up the situation?

In the meeting before a game session, the group should be discussing that session's available plots and story goals. That's a good time to ask questions that might help you set up revealing a Secret. These can be simple logistical questions like, "Are we going to be in the vicinity of the castle in this story?" They may also be vaguer ones that suggest some improv banter to be ready for, like, "If I mention my mother, you're welcome to give me a hard time about it."

One of our players compared this aspect of character development to playing volleyball: "People know the direction you want to go in so they can set you up to spike the secret." Don't wait for opportunities passively—dive in and ask for what you need. It can take some practice, but it's fun and contributes to the group's story.

Other characters should be inspired to ask the question that is the Secret.

If they aren't—if no one cares about the question or they won't care about the answer—revisit the Secret. Can you tweak it or your roleplaying to make it relevant? Talk to your group in the pre- or post-play meetings about where your Secret might fit in the communal story. Ask the player who knows the answer to nudge you during roleplay if they can.

Is the Secret just not interesting anymore? It's okay if it isn't. As characters develop, it's natural that some things that seemed like they'd be dramatic early in a campaign become background that isn't quite the driving force you thought it would be.

Just as Secrets are free to acquire, they're free to get rid of. Let the group know that you're removing a Secret, and if you want to work the answer into casual play without an official "reveal", do so.

Now We Must Close

Rosette Diceless is story-focused, improvisational, and collaborative. Secrets are a tool for helping drive story, both small and large, and they're an opportunity to collaborate with other players to build drama that has long-lasting effects.