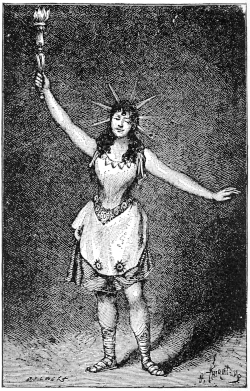 Once you're comfortable with a character in a longer-running campaign, you may find yourself wanting to craft an arc or a certain progression for your character. These aren't Narrated stories that you want to tell, but rather important beats in your character's development. We've written before about using Secrets as an element of this, where a sequence of Secrets can culminate in a major revelation.

What about the connection between this sort of development and Traits?

If you want to give yourself a convenient placeholder for an on-the-spot choice, give this Positive Trait a try.

At any time, even in the middle of Conflict, permanently replace this Trait with a different Positive Trait that you choose at that moment. The reveal of the replacement can be a boosted Attack with an Edge, if appropriate.

What is "Personal Development"?

Here's an example. After getting a sense of a new character, you realize that there's a direction you want to try taking them in. You know why they might retire, why their mission might fail catastrophically, or why they might betray the party.

It's perfectly fine to organically work your way toward and through those stories.

You might instead want to build progression in a more explicit way--collecting certain pieces of information or Resources, revealing Secrets, and acquiring Traits or Skills. They can build a clear portfolio of your character's change to help demonstrate how it came about.

Rosette Diceless doesn't require justification for experience point expenditures. Your character could learn telepathy from one session to the next, and although it's narratively interesting to explain how that came about, it's not strictly necessary.

When you have a long-term goal for your character, you can create a loose plan that helps shape your roleplaying in the communal story while giving your character's mechanical progression some direction. Leave it flexible and able to change, however: rigidity isn't good for an improvisational communal story.

Let's use the example from "The Value of a Secret" of a character with a major Secret of, "What happens to my species when they turn 20 years old?" We wrote that their three smaller Secrets were:

If this character is 18 years old when the campaign starts, an obvious arc is one that culminates when the character turns 20... and finishes shifting into a completely different physical form.

There are some existing Rosette Diceless Traits that could tie into a slow physical shift: Extra Coordinated is fairly subtle, while Extra Strong or Heavy Hitter could be later, flashier additions. The final shift could be represented by taking a new Superlative Trait like Boundless Endurance, or a science fiction Trait like Non-biological.

As you play stories that reveal information about your character, like meeting someone connected to your deceased family, or struggling with an extended visit to a vegan culture, have something emerge from the story that justifies a new Trait.

An entire group of players might decide that they want to institute a practice of requiring justification for Traits or other XP expenditures, in which case all players would use the techniques discussed above. This can be a fine practice, but try to leave leeway for some shifts without justification, like changing Attribute values or back-filling Traits that people realize their characters should have.

The Desire for Structure

Playing a system that's relatively light on rules doesn't mean you can't choose to add some structure. If you want to see an arc build consistently, an approach like this can help you look for opportunities to keep it in play.