Rosette Diceless provides a versatile Conflict system where players pursue Goals and avoid Consequences while taking turns showcasing each other's characters. This is great when a player wants to Narrate a story or when two groups of players have an interesting, important confrontation. However, Conflict can feel a bit complex and ponderous for smaller-scale situations, especially when no one is taking on the role of Narrator.

If a scene seems too small-scale for a full Conflict but deserves more than a simple Contest that compares attributes, you can use more casual structures. Remember: in a Communal scene — one without a single Narrator — any player can narrate events happening around the characters.

Some situations where Best of Three would be appropriate:

Some ideas for Round Robin situations:

Keep in mind two key rules of Rosette Diceless. First, no one can do anything to a character without their player's consent. You can narrate a threat, physical or otherwise, to another player's character, but they choose how it affects them. Second, if someone narrates something that feels too limiting, you can call for an Except by making the ASL sign for "But." They'll then qualify their narration by adding a phrase starting with "except," such as "except it looks like you can avoid them by slipping out a side door." Keeping these in mind, letting events occur entirely free-form can work great. If you want more structure, however, here are two frameworks that have come up in playtesting that may be appropriate.

When two characters are competing, a simple Contest is easy: compare the appropriate Attributes, boosting as normal. If a group of characters are working together against another group, you can pick one character to represent the group and let them Boost with a Tie to someone else in the group.

However, this can feel too perfunctory and leave little room for an interesting arc to the event. If it seems appropriate, you can do a Best of Three instead.

Best of Three is just how it sounds: you do three Contests and whichever side wins more of them wins the competition. Remember that in a Contest, if two characters' Attributes are equal, that Contest is a draw. Sometimes there just isn't a clear winner.

We recommend that the first of the three Contests be straightforward. Use the most conventionally-appropriate character, Attribute, and method of Boosting for the situation. If you're playing volleyball, have the most athletic character on a team make the Contest based on Body using a Skill like "Sports" or a Quirk like "Jock." If you're on a quiz show, the intellectual could use their Mind boosted by the Skill "Trivia."

In the remaining Contests, be more flexible. Use unexpected characters and approaches with Attributes and Boosts to match. Maybe the slow but intimidating volleyball player psyches the other team out by using Charm boosted with the Quirk "Steely Gaze." Maybe the last-minute dunce on the quiz show team can distract your opponents with a spitball when the host isn't looking by boosting their Body with the Skill "School Pranks."

You don't even have to make both sides in a Best of Three Contest use the same Attribute. It's likely to be interesting if a debate comes down to a Contest of Mind versus Body! 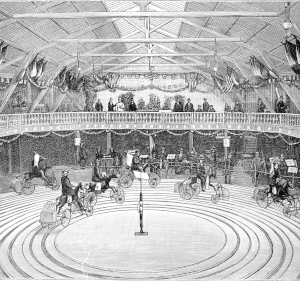 The Round Robin structure is an interesting way to showcase each character's approach to problems, and can be useful when no one wants to narrate a whole story by themself or if there's a competition between every member of a group.

The players involved take turns framing scenarios that offer an obstacle, challenge, or opportunity to act. For each scenario, players take turns narrating how each of their characters deals with the situation. You could have the framing player participate or sit out that round: whichever is more appropriate. You then move on to let the next player frame another scenario.

For example, your characters could be exploring a series of trap-filled catacombs. Each player would describe a fiendish booby-trapped room: maybe a spike-laden floor with an obscure safe path or a precarious catwalk menaced by swinging blades. For each room, the other players would describe how their characters get through it: one might pick their way through the obstacles as intended, while another might use their parkour skills to bypass the danger entirely.

Note that Round Robin is done without any actual Challenges. You're taking turns narrating and counter-narrating, giving each player and character the opportunity to be interesting. Introducing Attributes and Attacks into such a quickly-shifting play situation would just overcomplicate things. That doesn't mean that characters will always succeed! Sometimes it's more interesting to describe how your character fails.

Best of Three and Round Robin are a couple of examples of how your game can explore collaborative storytelling outside of the structure of Conflicts and Narrated scenes. The detailed Rosette Diceless rules aren't going to be best for all situations, so feel free to experiment with alternate structures within the same framework as long as all the players are willing.