The IC/OOC Divide and Metagaming 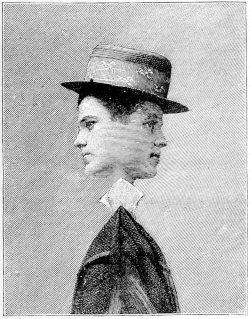 Most people who play roleplaying games are familiar with the divide between IC and OOC. We usually talk about this by saying things like, "Don't get mad if something happens to your character; your character is not you." It also leads to many players discouraging "metagaming," a blanket term that covers everything from "portraying a character as having knowledge that comes from outside the game" to "making decisions based on what the player wants instead of what the character would naturally do."

If you'd like to blur the lines between IC and OOC, consider this new Superlative Trait:

Due to mystical visions, astonishing intuition, or advanced situational awareness, you are able to gain information that there is no straightforward way of knowing.

This may lead to you gaining an extra Common Resource, which could represent the information itself or something that you acquire because of the information.

This strict division between IC and OOC suits some game systems well, but Rosette calls for a more nuanced approach. Rosette is story-focused and collaborative: it's a system in which the players don't just portray their characters, they also work together to tell a good story. Sometimes this means that players should act according to their own motivations, even when it goes against what their characters want.

We can see a simple example of this when players narrate the results of their characters being hit by an Attack, and the concept is particularly important when negotiating Goals and Consequences during Conflicts.

This is an OOC decision. Obviously your character wouldn't want to burst into tears, get outsmarted, or become injured. But you as a player have the opportunity to depict the effects of an Attack in a way that highlights your character and makes the story more interesting. Getting stymied or hurt is bad for your character, but it's good for you as a player.

The effects of a successful Attack don't need to match what the attacker intended. If someone succeeds on an Attack to convince your character to take a bad business deal, that doesn't mean you must have them ruin their own company. Instead, maybe they lose face when their accountant has to veto the deal, or they liquidate a bunch of stock at a bad time in preparation for a deal that (by the end of the Conflict) will end up falling through. Likewise, if someone succeeds at shooting you with a gun, your character could become injured, but they could instead dive into a filthy dumpster or cower behind cover while frantically shouting the information they were trying to keep away from the shooter.

You don't pick which one of these results your character would prefer. You pick which one is most interesting to you as a player. This might even depend on information your character doesn't know! Taking Stress could mean that your character unknowingly picks up the locked briefcase containing evidence that could exonerate them... as long as it's not found in their possession.

This approach—where you make decisions as a player that your character wouldn't make on their own—is especially important in Conflict negotiation.

This is part of the consent culture of Rosette. Having the risk of negative outcomes helps produce tension, but you only suffer the outcomes that you are willing to see. If you don't want your character to risk death, they won't. If you don't want to be responsible for letting a murderer escape justice, you don't have to. But this decision is made by you as a player, not your character.

Ideally, you as a player should feel that the story is equally well-served by either the Goal or the Consequence occurring. Your character might not want to face a tragedy, but tragic stories are a good way to explore a character's nature and provide them with a way to shine.

And beyond that, your role in Rosette isn't just to portray your character. It's to work together with the other players to create an ongoing story that provides a satisfying effect overall and gives each character an opportunity to be interesting. Sometimes that will mean choosing a Consequence that doesn't work perfectly for your character or pursuing a Goal as a group that your character doesn't really care about. You should still seek consensus and not just compromise, but consensus sometimes means valuing the group you're in as well as your individual priorities.

You are not your character. You are often your character's advocate, but sometimes you're their unseen antagonist, putting challenges and obstacles in their way to highlight and explore their strengths and weaknesses. Don't be afraid to do things that your character won't like. It's for their own good.